Kim Huddle our darling friend – driver extraordinaire and the patience of a saint! She was fabulous as she whizzed Adam and I @ LA like we were rock stars!! Our first day and she’s already planned that we visit Malibu Pier and the Villa Getty located in Malibu. Now the Villa Getty has to be seen to believe…little do we realize that the other Getty located on the West side of LA is even bigger, architecturally astounding with artworks from @ the world collected by one man (well no doubt, he had a team doing all the hard yards) leaving you agog with “how did he do it??”

Afterwards, its time for lunch and we head to Malibu Pier to Malibu Farm – a cafe specialising in farm produce. It overlooks the ocean with the sun beaming down on us as I hide under the umbrella as I have no hat. Yep, the new Panama hat I bought in New York when we had a hot spell was accidentally left behind in our accommodation in Portland. We were at the airport when I discovered my mistake. Bummer! An expensive mistake but lesson learned – count not just bags…count hats 😉

We catch up with the kids later in the afternoon after school and head off to check out the beach where they swim at and see the Ferris wheel park.

So many places to see as Kim is abound with ideas and I suggest she would make a great tour guide. We see Venice Canal which is a series of mini canals tucked away behind Venice and Muscle Beach. While the canals are cute I can’t say much for Muscle Beach. Kim lets us explore in the later afternoon and I can’t believe how many homeless people live on the beach (well parks with their shopping trolleys and worldly goods). I have to say while I’m glad we went and had a look it was pretty run-down. Certainly not what I had expected of ‘glam LA’ and even sadder as told by the locals earlier in our trip, the homeless are shuttled by bus in Winter from Washington to places like LA and San Francisco as they are warmer and less likely to die. This made me think a little harder about US politics and question why don’t they take care of their people (especially when the majority of homeless people are returned soldiers battling financial and mental health issues after serving their country).

The other Getty…I can’t even begin to explain. When we asked our friend Rolly what should we do in LA. He said ‘the Getty and that’s it!’. Well, we did a lot more than that thanks to our hostess with the mostess!

On our last day in LA, Kim has again planned a sophisticated day of activities. First, Hollywood Bowl and the Hollywood sign – we are the only people there – as a bus load of sweating tourists have dutifully followed their flag off to their bus. We take in the out-door auditorium and reminisce Bette Midler (Beaches), Barbra Streisand (movies and stage performance), and Monty Python (live on stage).

We head off to Hollywood Boulevard to check out the stars on the Hollywood Walk of Fame. The foot/hand prints of famous stars/TV/producers/whoever have to get nominated and selected by a committee. What most people don’t know is they (the lucky nominee) has to pay $50,000 to get their star on the walk! I purchase magnets for nieces and nephews and we eat salmon panini (Adam) and sweet pretezels (Anne/Kim) for lunch as we whizz off to check out Beverly Hills and drive past the beautiful people living in their sweeping driveway homes with double gates and manicured sweeping lawns. Mmm…the life (if you can afford it).

We arrive at the historic Beverly Wilshire Hills Hotel and our car is valet parked. The valets are all in smart black suits, open our doors and I have a giggle as I’ve only ever done this once before with my friend Libby in Sydney at the Casino. This time the experience is like something out of Hollywood. Actually, I am in Hollywood!

Gosh! we did so much in such a short time and could have stayed longer with Kim, Pete and the kids. It was a great end to our five week trip through the USA and we were lucky to share it with friends  living there or near by (Canada) as well as making new friends in Watervale, Michigan.

It’s now New Years Eve 2014 as I sneak this posting in and look forward to 2015. The next trips – Chicago for Adam and Greece/ Croatia for myself and family. We wish everyone a fabulous New Years Eve and may we all remain safe with our loved ones (including all creatures great and small). 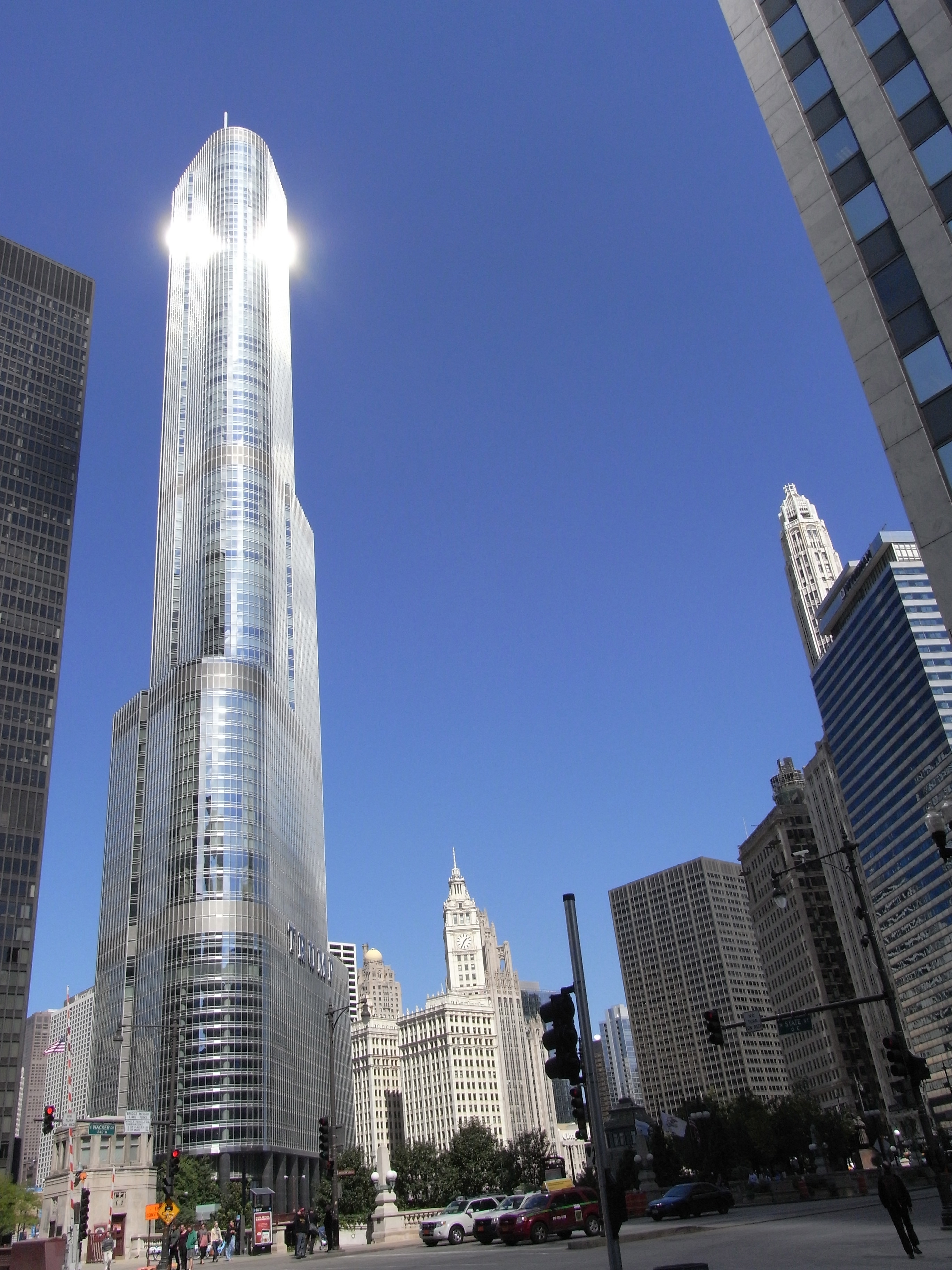 97 days ago according to my notes in my iPhone…that was our first day in Chicago and I can’t believe it’s taken me this long to write this posting! We were having such a good time and totally immersed in all that Chicago had to offer. We’ve both decided that we’d move there in an instant despite the cold winters. This exciting city is efficient, easy to get around on foot, and there is always something to do. We stayed in two places and can highly recommend Magnolia Studios in Andersonville and Longman & Eagle in Logan Square. The latter is only for those that can cope with noise as its above an inn but the location is fantastic for hipster style cafes, shops and only a 15 min train ride to the city.

We visited Navy Pier and couldn’t believe our luck as the Smith Museum of Stained Glass was open and permanently closed a week after we left. So we timed it well and I got some great ideas for future ceramic exhibition works.

We headed to the Magnificent Mile which was 13 blocks of beautiful shops and stunning architecture.

We were so lucky as we had blue skies which made everything look buttery soft and hence us falling in love so quickly with the city. We bought tickets to the David Bowie exhibition which came out from the V&A London. For 3 and 1/2 hours Adam and I soaked up the atmosphere of a very talented artist through his music, art notes, theater set designs, costumes and personal details which showed another side. I had no idea just how creative, intellectual and gorgeous he was. As for Bowie’s costumes…move over Kylie Minogue. While he may have been taller he rivaled you when it came to the tiniest waist I’ve ever seen in rock fashion.

When it came to eating, we weren’t short on choices. Chicago has everything from French cafes to Italian Deli’s and we feasted well – when you are notching up 20000 points daily on a pedometer – trust me regional cheeses, pinot noir wine from Ohio, Italian ice-creams and Lulu’s coffee made us very happie chappies!

So, more places to visit. We headed to Printer’s Row where I read this had been the industrial end of town of printers and publishers. It’s now home to trendy book shops, letterpress designers, cafes and all things boutique.

The Rookery and Robie House designed by Frank Lloyd Wright are worth the visit especially Robie House as we ventured into the suburbs and also got to see University of Chicago which was Hogwarts on steroids! I’ve never seen such large buildings and extensive gardens. I could write a another posting on Robie House as we went on a curated guided tour. They won’t let the public roam the house due to the significant restoration efforts on preserving it as close to the original conditions @ 1908. So, all I can say, it’s worth the 2hr train ride to go and visit both institutions.

No trip to Chicago can not involve going to Millennium Park to see the infamous bean by Indian born British artist Anish Kapoor. Adam and I had lots of fun taking ‘daggy’ shots along with everyone else!

Shopping – oh! my! I could have shopped till I dropped but had to pace myself as this was the first city in four we were visiting over five weeks. I had the chance to meet this wonderful artist Winifred Grace who had been a graphic designer 11 years ago but needed a change. Luckily she became a goldsmith jeweller and opened a gorgeous shop in May this year. I bought a beautiful pendant with birthday monies from my parents and chose what letters I wish to be imprinted. I chose AM – for Anne Masters as I use the same style lettering as my Potter’s mark in my ceramics. It now means even more as the M stands for Miami. I wear this pendant almost every day.

Okay, we did travel to the USA for a reason…a very good friend of ours, Miss Amanda Small in her words ‘was getting hitched!’ to a lovely musician called Paul. We heard lots of lovely things about him and even better when we met Paul for the first time at the wedding. Adam and Paul hit it off from the word go and wise words were exchanged on the morning of the wedding. Adam: “Mate, don’t worry about anything and go on the walk (planned event for wedding goers)”. Paul: Mmmm….not sure if that’s the done thing to do, I should be setting up things…”. Adam: “Mate, trust me – escaping for a few hours will be the best thing to do!”. As it was they had a swim in freezing Lake Michigan, a fantastic walk with his family over the dunes and Paul returned one very relaxed groom ready for the day! As for Amanda she just radiated sunshine in her glittering dress.

Well, I took so many photos that it’s hard to include them all and do a little write up. So here are a few more to look at and enjoy.

Finally, this last photo sums it all up…one day this will be Adam and I – still visiting art galleries but needing a bit more assistance 😉