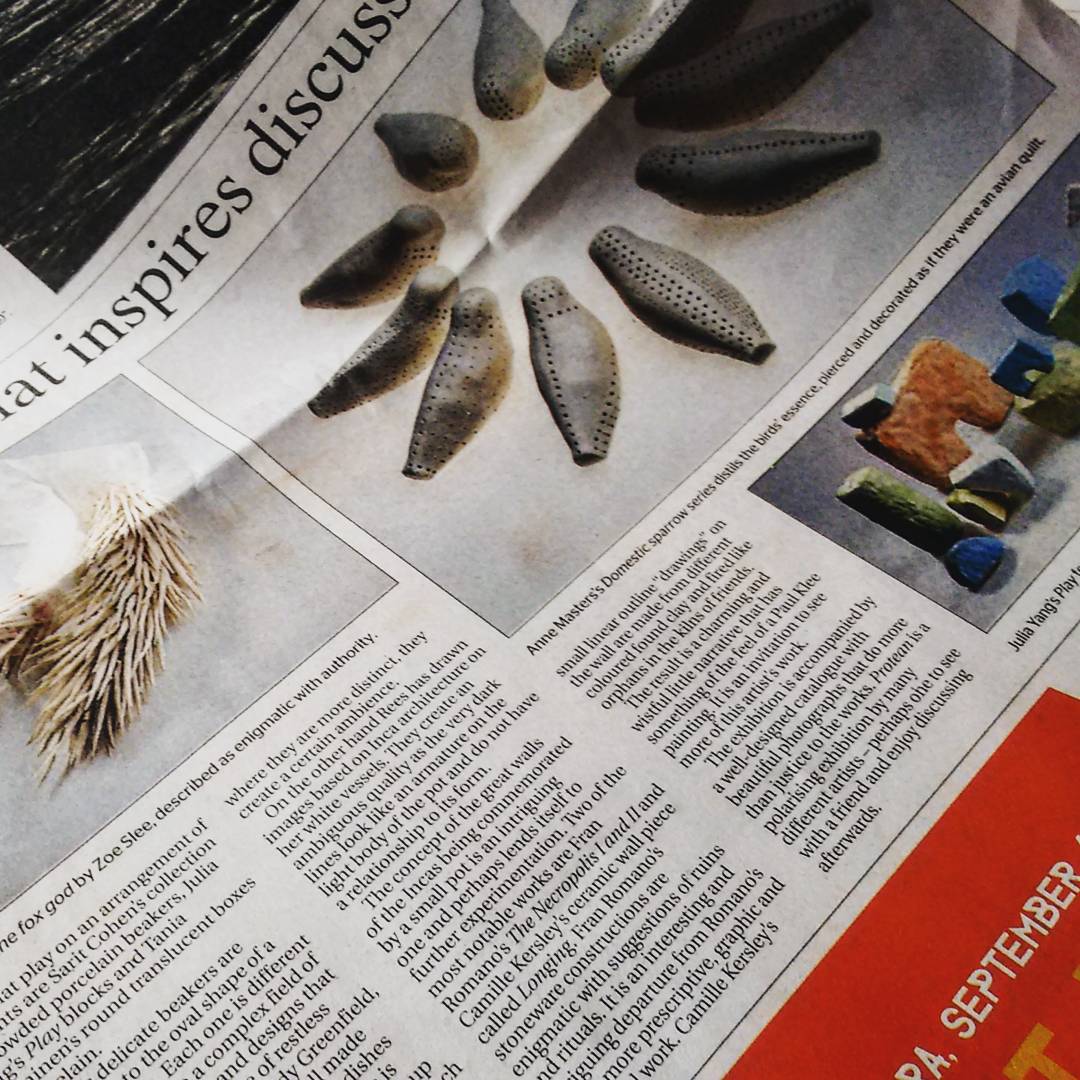 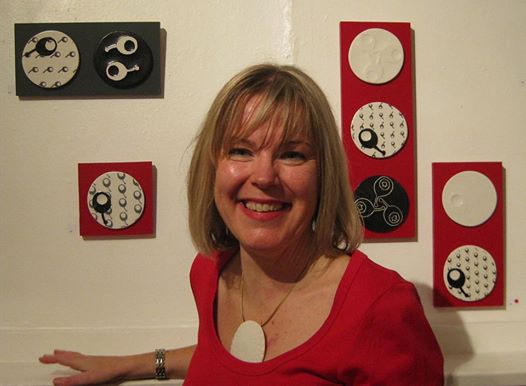 This is name of one of my favourite songs and yet it’s all about a breakup between lovers. I love the lyrics and Nelly’s sweet sounds.

So, how does that relate to my exhibition? Two weeks ago, we bumped out of Strathnairn. It was very quick. In less than 2 hrs we all packed up our artworks, labelled the ones that had sold, put a thank you pack with each sold piece and before I knew it I was heading to my friends place to help her with her Kickstarter project.

It’s the strangest feeling when an exhibition comes to an end. Hence the song resonates with that mixed feeling of relief and a tinge of sadness.

You’ve spent months creating, making and stressing about the works and hoping all goes well on opening night. I think we (as in the artists) all dream the night before ‘did I stick that bowl down…will it fall off the wall…should I have made more?’ – quite silly thoughts but artists are constantly assessing, reassessing and wondering how will their works be received? And yet, none of that worry was really needed. We did really well and I thought I’d put up our reviews that appeared in The Canberra Times and The Sydney Morning Herald along with my interview with ABC Radio 666.

We’ve had an amazing couple of weeks with our publicity and I’m so grateful to have a community of journalists/photographers/bloggers who support us as best as they can. So, thank you to all those involved and supporting visual artists practice as professionals in the field they love most.

Oh! and if you want to listen to Nelly here she is: http://youtu.be/KEtkyFQxHuw 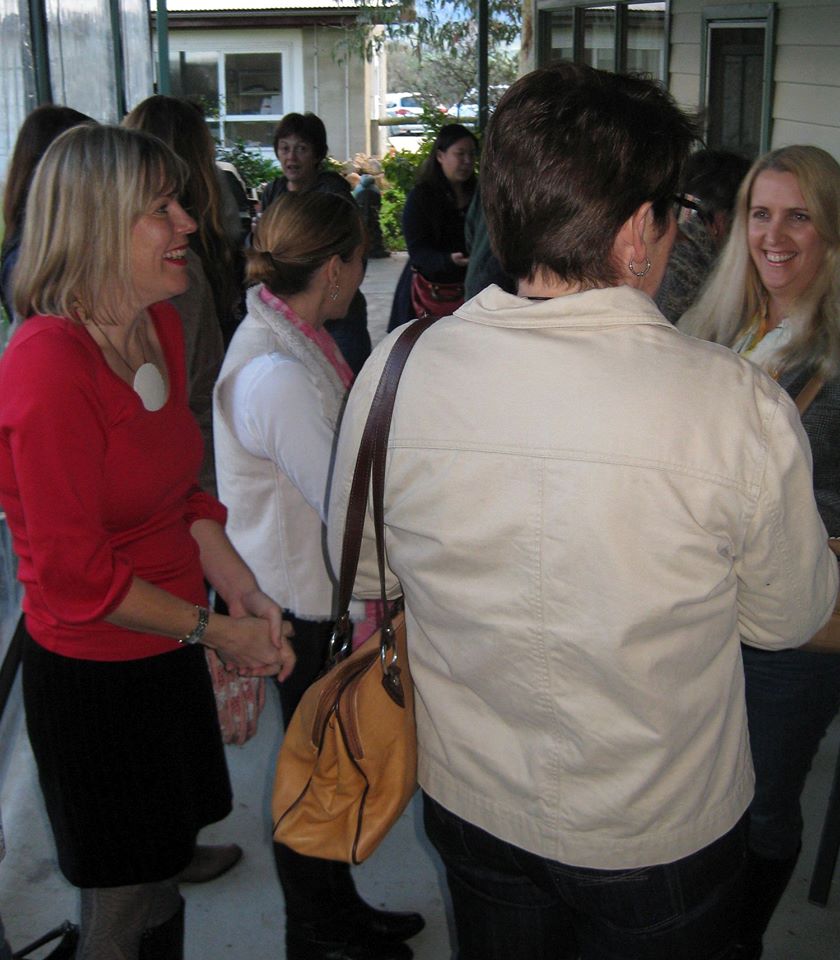 Well, we thought a few people might come out on our exhibition opening night but with rain forecast and a chilly afternoon we were a bit worried! But luckily, the skies were blue, the afternoon was only slightly chilly and more than 250 people came to our opening night! I think Linda’s mulled wine, the warm fireplaces and of course fabulous ceramic works for sale were enough for guests to make a little side trip to the country.

Strathnairn Arts is a quaint homestead located on the fringes of Canberra’s suburbs. On one side is a horse training facility, vineyards and olive groves and on the other side of the road is suburbia. Most people don’t realise that 15 minutes outside of the city’s center is this wonderful place which showcases the visual arts in it’s two galleries, a shop and cafe. On Sundays in Winter you can purchase wood-fire pizzas and look out into the garden filled with lemon trees, orchids and gum trees (and the occasional horse wandering along the footpath!).

Anyway, we had a great night and speeches went down really well with Strathnairn Arts Board President Alaine King welcoming visitors, ceramic artist and lecturer Joanne Searle formally opening the event on behalf of Anita McIntyre and myself speaking on behalf of the exhibition group. I think the mulled wine settled my nerves. It was great to be able to thank everyone and raise the Claybodies profile – a group of ceramic artists meeting monthly to form networks, exchange ideas and techniques and participate in exhibitions in Canberra.

We initiated a ‘Meet the makers’ program so artists would be at Strathnairn on the weekends to meet the public and explain the processes involved. Some of us took our work in and made so it was very hands on for children and adults to watch us in action.

It’s our last weekend exhibition this Saturday 28 and Sunday 29 June. Hopefully you can come out and meet some of the makers Erin and Pam and check out the works by members of Claybodies.

I just realised 14 seems to be a popular date when it comes to me being in group exhibitions. My last exhibition was 14 Feb 14. So, I hope this is a lucky number for me as my 2nd exhibition for 2014 is just @ the corner. As I write this I am down to the wire as I continue to fire my works…but shush! don’t tell anyone ;).

This work is quite different to the Marion series I created for the Feb exhibition and thankfully took less time (3 months vs 2 years!). I did have grand plans of showing a body of work that would involve the flying ducks with a twist. However, technical issues prevented me from continuing this work*. I had to bite the bullet and go back to familiar territory – working with shellac and porcelain.

This series is all about Winter seeds – in particular gumnuts captured in a graphic motif. The colours are as crisp as a Canberra’s winter’s morning and evening – white (morning frost), black (evenings) and bottle green (lush green grass). The white in particular stands out as I’ve used Southern Ice Porcelain – Australian white clay renowned for its finesses and whiteness[1].

This is just a sneak preview of the work which is designed to adorn the walls of your home or work place. They are @ 11.5 c and come as 1, 2 or 3 in a set. Hopefully this snippet will entice you to come and see the exhibition on the opening night – 4pm Saturday 14 June (nibbles, wine and warm fireplaces as winter hits Canberra with a shock!)  or Fridays, Saturdays and Sundays till end June.
Here is the invitation front and back with details.

* Don’t despair – the ducks haven’t been shot down! I do plan to re-visit them as I really want to explore this iconic wall adornment and reinterpret it with a twist. So, watch this space!

[1] It is also renowned for its translucency – as my work is about wall tiles this feature was not a focus. 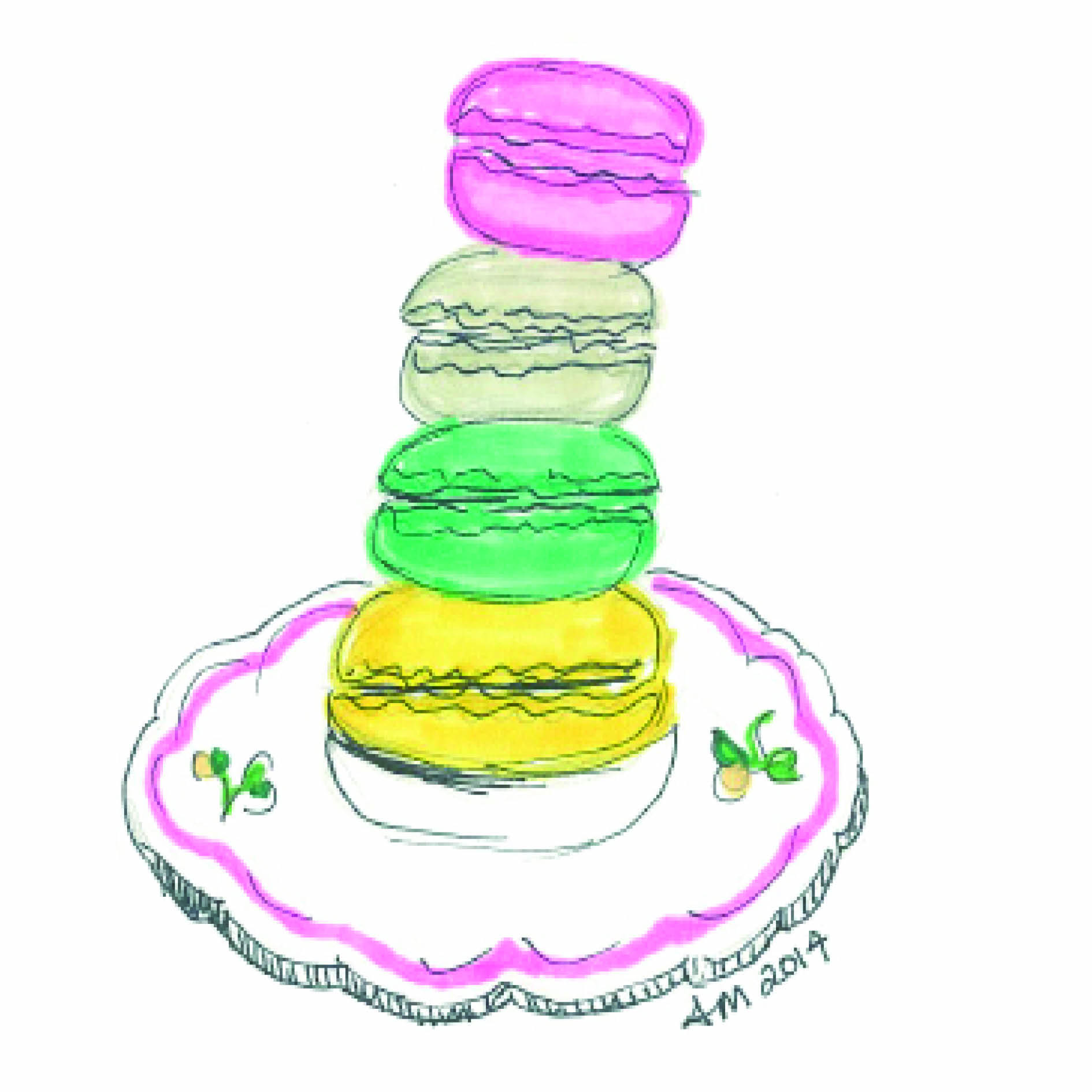 In case you live or are visiting Canberra and wanted something different to do then visit FORM Studio and Gallery where I’m part of a group show exhibiting ceramic works. We are hosting an afternoon tea all day! this Sunday 23 February.

Yes, come and have a complimentary cup of tea and a decadent slice and meet some of the artists featured in ceraMIX. For more information please view this flyer: